Which country produce Cinnamon essential oil? Native to Sri Lanka, Madagascar, the Comoro Islands, South India, Burma and Indochina. It is also cultivated in India, Jamaica and Africa – each region tending to have its own particular species.

What is cinnamon essential oil used for? It has been used for thousands of years in the east for a wide range of complaints including colds, ’flu, digestive and menstrual problems, rheumatism, kidney troubles and as a general stimulant. Current in the British Herbal Pharmacopoeia as a specific for flatulent colic and dyspepsia with nausea. 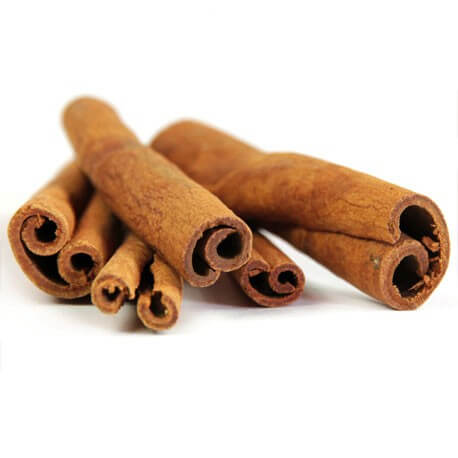 The leaf oil is relatively non-toxic, though possibly irritant due to cinnamaldehyde. Its major component, eugenol, causes irritation to the mucous membranes: use in moderation.

The bark oil is a dermal toxin, irritant and sensitizer; also irritant to the mucous membranes. ‘Should never be used on the skin (one of the most hazardous oils)

Did you know it?

The inner bark of the new shoots from the cinnamon tree are gathered every two years and sold in the form of sticks for use as a domestic spice.