Where is fennel grown in the world? Bitter fennel is native to the Mediterranean region, found growing wild in France, Spain, Portugal and North Africa (they produce the ‘weed’oil). It is cultivated extensively worldwide, the main oil producers being Hungary, Bulgaria, Germany, France, Italy and India. Sweet fennel is thought to have originated on the island of Malta, having been introduced by monks or crusaders thousands of years ago. It is now grown principally in France, Italy and Greece.

Industrial use - In pharmaceutical products it is known as ‘codex’ fennel oil, used in cough drops, lozenges, etc; also used in carminative and laxative preparations. Extensively used as a flavour ingredient in all major food categories, in soft drinks and especially in alcoholic drinks such as brandy and liqueurs. Fennel oil (mainly sweet) is used in soaps, toiletries and perfumes. It also provides a good masking agent for industrial products, room sprays, insecticides, etc. 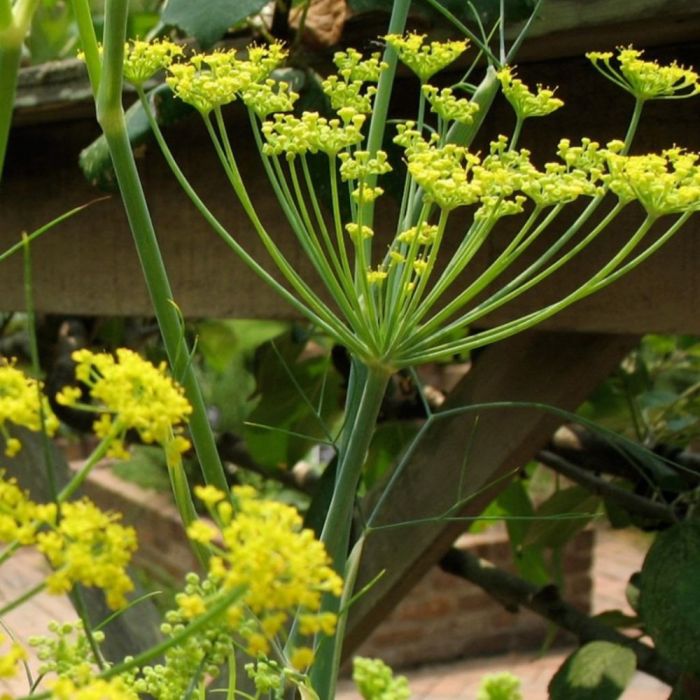 In eastern and western herbalism it is considered good for obstructions of the liver, spleen and gall bladder and for digestive complaints (colic, indigestion, nausea (an ingredient of children’s ‘gripe water’). It increases the milk of nursing mothers. Still current in the British Herbal Pharmacopoeia, used locally for conjunctivitis, blepharitis and pharyngitis.

Relatively non-toxic, narcotic in large doses; Bitter fennel may cause sensitization in some individuals, it should not be used on the skin at all.