What is Chamomile essential oil use for? It is current in the British Herbal Pharmacopoeia for the treatment of dyspepsia, nausea, anorexia, vomiting in pregnancy, dysmenorrhoea and specifically flatulent dyspepsia associated with mental stress.

Did you know it ?  It was employed by the ancient Egyptians and the Moors, and it was one of the Saxons’ nine sacred herbs, which they called ‘maythen’. It was also held to be the ‘plant’s physician’, since it promoted the health of plants nearby. 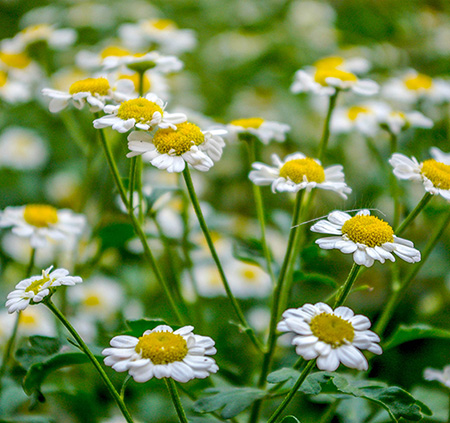