Where is produce Balm Lemon? Native to south-central Europe, the Mediterranean Basin, Iran, and Central Asia, but now naturalised elsewhere.

What Balm Lemon Essential Oil use for? It was associated particularly with nervous disorders, the heart and the emotions. It was used for anxiety, melancholy… and to strengthen and revive the vital spirit. Generally employed for digestive and complaints of nervous origin such as asthma, indigestion and flatulence. It also helps to regulate the menstrual cycle and promote fertility. Effective remedy for wasp and bee stings. Current in the British Herbal Pharmacopoeia for flatulent dyspepsia, neurasthenia and depressive illness.

Did you know it ? One of the earliest known medicinal herbs – Paracelsus called it the ‘Elixir of Life’. 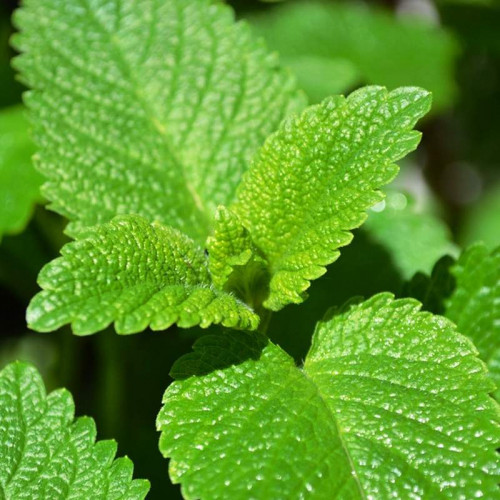 Possible sensitization and dermal irritation: use in low dilutions only. Care must also be taken because this is one of the most frequently adulterated oils. Most commercial so-called ‘melissa’ contains some or all of the following: lemon, lemongrass or citronella.

One of the earliest known medicinal herbs – Paracelsus called it the ‘Elixir of Life’.